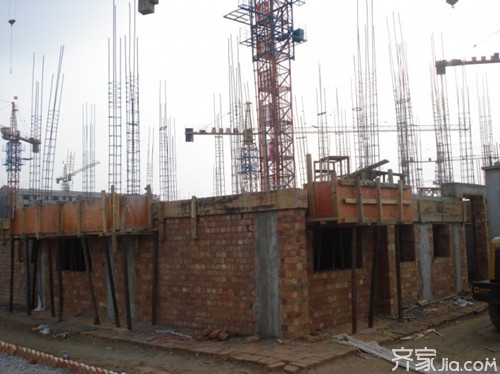 What is a frame structure

The frame structure mainly refers to the dwellings that are constructed by using reinforced concrete as a load-bearing beam column, together with prefabricated materials such as aerated concrete, pumice, vermiculite, perlite, and earthenware. The method of transmitting the load of the frame column beam is to apply the load to the floor, and then the floor can transmit the force to the beam. Because the beam is on the column, the force received can be transmitted to the column and the column will be The power is basically passed to the foundation, which is probably the way it is. The walls in the frame structure only play the role of separation and enclosing. The role of this kind of force is suitable for the room to enter into a deep, room-free building.

What is a brick-concrete structure

The brick-concrete structure refers to the way in which the main center of the building adopts the method of building block and masonry for the building, column and beam of the load-bearing structure in the process of building the building, and the floor slab, column beam, and roof panel are not used in a common way. The reinforced reinforced concrete structures are taken as a mixed structural system composed of reinforced concrete beams, columns, plates, etc., with a small part of reinforced concrete and most of the weight-bearing structures of the brick walls. The brick-concrete load-bearing components are mainly walls, and the force transmission method is that the floor transfers power to the wall, and then the wall is transmitted to the foundation in the form of load. Suitable for small rooms with deep and small rooms, multi-storey or low-rise buildings. 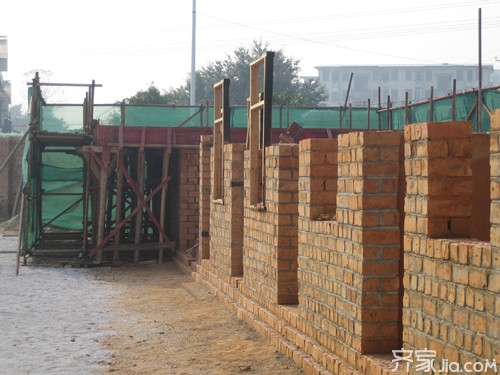 The difference between brick-concrete structure and frame structure

Brick-concrete structure: The weight of the floor is mainly transmitted to the brick walls that support the floor, and then transferred from the brick wall to the foundation.

Brick-concrete structure: In the past, solid clay bricks were generally used. However, in order to protect arable land, the use of this brick is strictly forbidden in the following year or two. It is now possible to use load-bearing hollow bricks to develop brick-concrete houses, but reliability and technology are mature. Degrees are not as solid as clay bricks.

Frame structure: The inner partition wall is generally a non-load-bearing hollow brick, which is light, but when it is used as an exterior wall, it is insulated and insulated. Beam columns are cast-in-place concrete.

The difference in cost

Seismic: The framework is the best, the mixed structure is the second, and the brick-concrete structure is the worst. For the low-rise structures with low seismic resistance, for example, below 6 floors, brick and concrete can be considered. If it is 7 degrees or 8 degrees, it is best not to live in bricks and mortar if the economy allows it.

â€œThe Mianyang city with a seismic intensity of six degrees could not find a house without cracks.â€ The identification of houses with an area of â€‹â€‹nearly 2 million square meters for more than 10 days in the disaster-stricken area is equivalent to the two-year appraisal of Guangzhou Cityâ€™s housing safety in Guangzhou. Identification team member said. But even so, "Guangzhou squad is still safe in more than 70% of houses identified in Mianyang."

He Wenzhong, the director of the Housing Appraisal Office Zhang Wenguang and other team members said that the impact of the earthquake, the frame structure housing is less affected, most of them are safe, the more serious damage is the brick and wood structure, mixed structure housing, especially It is in rural areas such as county townships. He Wenzhong believes that compared with Mianyang, the housing situation in Guangzhou is much better. â€œNot only because Guangzhou is the capital city, its seismic fortification intensity reaches seven degrees, it is six degrees higher than that of Mianyang, and there are many houses with frame structure in Guangzhou, especially for high-rise buildings. As a result of the frame structure, people living in high-rise buildings do not need to worry about the 5 or 6 earthquake.

At present, some citizens in Guangzhou are overcharging rents and blindly rebuilding their houses. The phenomenon of â€œone room changes into several roomsâ€ is frequent. Not only that, but in the meantime the citizens or some units modify the â€œanything they want,â€ or even destroy the bearing walls. The Guangzhou housing appraisal engineers who physically felt the damage in the earthquake-stricken areas called on the citizens to avoid any decoration. â€œEven if earthquakes do not occur, the damaged buildings will also affect the safety of the whole building.â€

The Municipal Housing Appraisal Office had previously drafted rules concerning the safety management of residential decoration and decoration, and the maximum penalty for violations was 10,000 yuan. Among them, not only residential decoration companies are required to register with the housing management department, but also there is a need to change the structure of non-bearing structures, increase wall masonry, increase the use load of houses, cut non-bearing walls, enlarge or move the size and position of doors and windows, etc. The housing appraisal department records, and the appraisal department of the house after renovation also conducts safety appraisal, and the daily inspection by the property management and residents' committees also finds that the illegal decoration has been stopped.

The difference between masonry brick masonry structure and frame structure